Dalat train station (1932- 1938)was considered the oldest railway station in Vietnam and Indochina.

The train station was built by the French from 1932 to 1938. This is the station of the railway of the Dalat - Phan Rang route. The station has a unique architectural style, it has three pyramidal roof, a stylized mountain Langbiang or houses of the ethnic on this plateau. 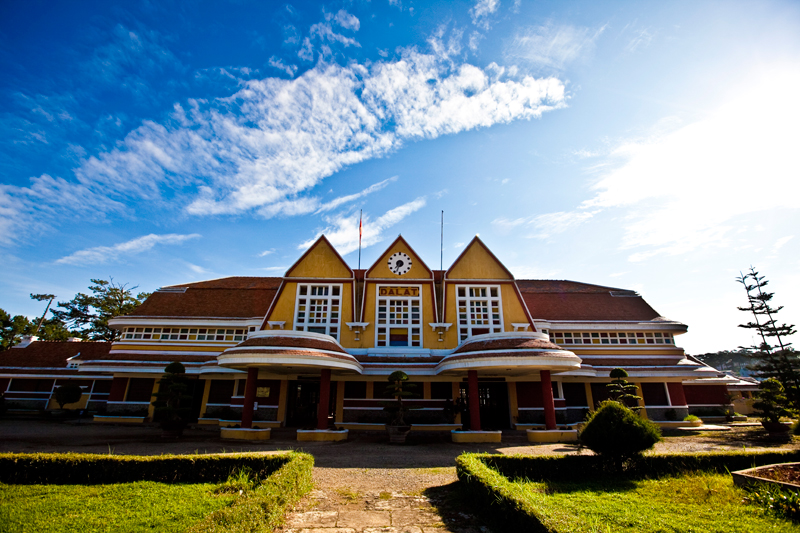 The station has recognized as a historic national culture by been the Ministry of Culture and Information of Vietnam. The station is currently a tourist attractions of Dalat. The only route is now available for service is Da Lat City to Trai Mat, 7 km long. Tourists can arrive Trai Mat and Linh Phuoc Pagoda..

The building was constructed by two French architects Mr. Moncet and Mr. Reveron. The construction contractor wss Vo Dinh Dung, at a cost of construction is 200,000 franc at that time. 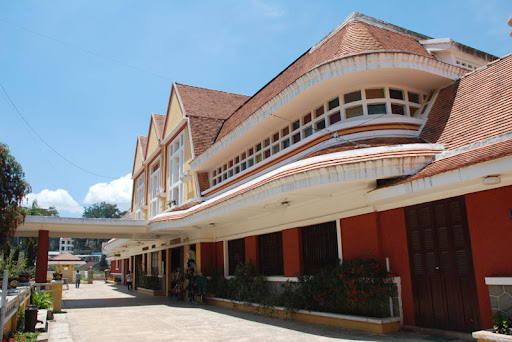 There’s a clock on the front wall of the station, it shows the time Dr. Yersin discovered Dalat.